Sarah Blackwell – From then until Now – Freedom 100

Sarah Blackwell and the History behind Freedom 100

Born in the 1960’s, in Cheshire, England, Sarah Blackwell developed a love of people and social welfare at an early age, but her career didn’t take off until she joined Chelfham Mill School in Barnstaple in 1981. Her traveling was inspired when she joined a group of other young people on a busking trip around Europe in 1982. Sarah realized that she had no ear for music and was sacked from the band in Venice! Taking up juggling and fire eating she enabled her own trip to continue as she found a niche to making money to support the group.

After visiting a number of countries Sarah returned to Devon where she worked as a dressmaker and a seamstress selling locally in the markets and at festivals such as Glastonbury. Sarah married and she gave birth to her first child in January 1986. Joe himself now a young man with a wanderlust and a sense of adventure lives in Thailand and is a Men’s Clothing Designer and supports other businesses with web design and app development.

Sarah and her husband and baby Joe set off again in their beautiful bus and returned to Germany where they travelled for a few months before returning to Sheffield, parking up at the end of her mother in laws street, where they lived for 18 months until baby Aaron was born in 1988. Having to move to a house environment was an interesting experience and as it became increasingly obvious that Aaron was developing a range of additional needs, not speaking, sleeping and having outrageous outburst of frustration and violence. This was finally diagnosed with Autism when he was nearly six years old. This knowledge had a devastating impact on Sarah at the time.

Sarah continued her work as an entertainer and had an agent working around the country. As this work progressed Sarah working with a business partner set up social play schemes and worked with disadvantaged young people and children in order to build self confidence and courage in the face of some deeply difficult socially dysfunctional situations. Sarah’s Passion for people was being satisfied though her work breaking new ground in personal development through performance and circus skills. Her work as a child minder gave her valuable insights into working with children and professionals in their baby days!

For years, Sarah had struggled to escape from the confining family environment where expectations of social adhesion was the norm, and has spent much energy and passion trying to overcome her memories of her difficult years there, and enabling others to overcome and become independent and courageous individuals. Sarah gave birth to her daughter Elly in September 1999 and is now an International Business graduate from Cardiff University and has set up her own company called Fro Yo Joy traveling and working in Australia.

Sarah was a lonely child and found social interactions difficult and these were not encouraged by her family. Adopted at the age of 6 weeks she always struggled with her sense of belonging and this resulted in a battle for self worth and self esteem. School was difficult and left home at 18 after having run away on a number of occasions looking for better options and care and attention that she so longed for. Academically Sarah survived but it was not until she returned to education in her 30’s that Sarah started working toward the path that she now finds herself upon.

Sarah undertook a range of outdoor qualification and she worked at the Outdoor Education Department in Stockport and again it was her desire to help to transform lives that led her to work with young people out of education and some young mothers. Her degree in Countryside Recreation Management, which she achieved a First Class Honors and was awarded the CPRE (Council for the Protection of Rural England) award for her research on the impacts of the outdoor adventures in social communication of children with autism. Her fourth child Euan was only 7 days old when she returned to complete her last year at university.

Sarah, knowing that it was always through a recognised ‘profession’ that it is easier to move on an up in the industry that she loved, as a result, with four children to look after she continued her education and training for an additional year to become a Business Education Teacher and gained her PGCE from Sheffield Hallam University.

Sarah had had a range of experiences in the natural environment growing up and it was not by any stretch of the imagination the most sought out environment for her when she was growing up. However her new found confidence in the understanding of the power of nature to heal and to nurture during this time of her career drove her onto her first ‘grown-up’ job as she describes it; Environmental Education officer at Thornbridge Outdoors. The outdoor center that provided adventures for all children from Sheffield. So finally, after graduating from university, something she never thought would happen in her lifetime, Sarah sought to challenge attitudes, introduce new processes for working with young people and children and she quickly realized that working within the traditional system, was not the way to go about it. There were too many constraints and expectations and there would be a limit to the possibilities that would be open to her dream.

In the summer of 2000 Sarah left Thornbridge highly motivated and excited about what the future could bring for her and for society as a whole. Sarah moved to Buxton in Derbyshire and began her new business of Forest Schools Education. This was later registered, due to its success as Archimedes Training Ltd.

Sarah began Delivering programmes that lasted a full year to young people in inner city and rural areas in local woodlands on personal development and emotional well being projects. The results were stunning. The relationships, confidence, language skills and communication processes that enable so may of these young people to begin to return to school, to learning and to function more fluidly and flexible in their communities and families was remarkable. Sarah ran the first Urban Forest Schools in 2001, she worked with teenagers, adolescents, those with special needs, mental health problems, drug and alcohol addiction, youth justice and prolific persistent offenders, parents, teachers, babies, children, boys, girls, men, women and grandparents of all cultures, nationalities, languages and races. Sarah is passionate about cultural identity, heritage and a sense of place in the world.

Work grew and in 2002 Sarah wrote the first independent Forest Schools Practitioner Award and this started her delivery of training that now take her and her company across the globe. Sarah has not looked back.

Having now worked and trained with over 6500 practitioners, each one having influenced the loved of over 1million children, parents, families and communities, Sarah has a desire that all children, in every situation, country region, nation can experience Forest Schools, or Beach Schools or River Schools or Bush Schools. The essence of change, of self belief, of passion, of a desire to live strongly and brilliantly in the word is at her heart.

In November 2013, Sarah re assessed her own personal aspirations, desires and journey. Handing over the reigns to her training company Forest Schools Education to her newly appointed Managing Director and Commercial Director. This decision has released her to follow other passions and dreams that will go towards creating the big picture and the international vision that she has. Archimedes Earth. Not only this but the development and inspiration of the Forest Schools Kindergarten is going from strength to strength. A plan she had for educating her own children 28 years ago, but which never came to fruition, but now it will, just in time perhaps for grandchildren and the local communities in which they will be set, in woodlands of course !!

The present, the Future and you

Sarah knows that the work she does is valuable and essential. That without it there will be many children in this world who will never discover who they are, how they fit into the jigsaw of life, and will never experience their own vision of success and possess the internal motivation and independence or the power to achieve their goals.

Sarah is working on all continents; she is passionate about you and about your children. She is looking for partners, trainers, teachers, educators, youth workers, mental health professionals, special needs coordinators and practitioners who are willing to step out on a limb, to take courage and to work with us to expand our provision across all communities, cultures, boundaries and generations around the world

Most of all I am committed to a life worth living, free from internal and external oppression, and I will support you in your desire to live a life, to give a life, to educate for a life of freedom through this vision.

A Stronger Sense of Self 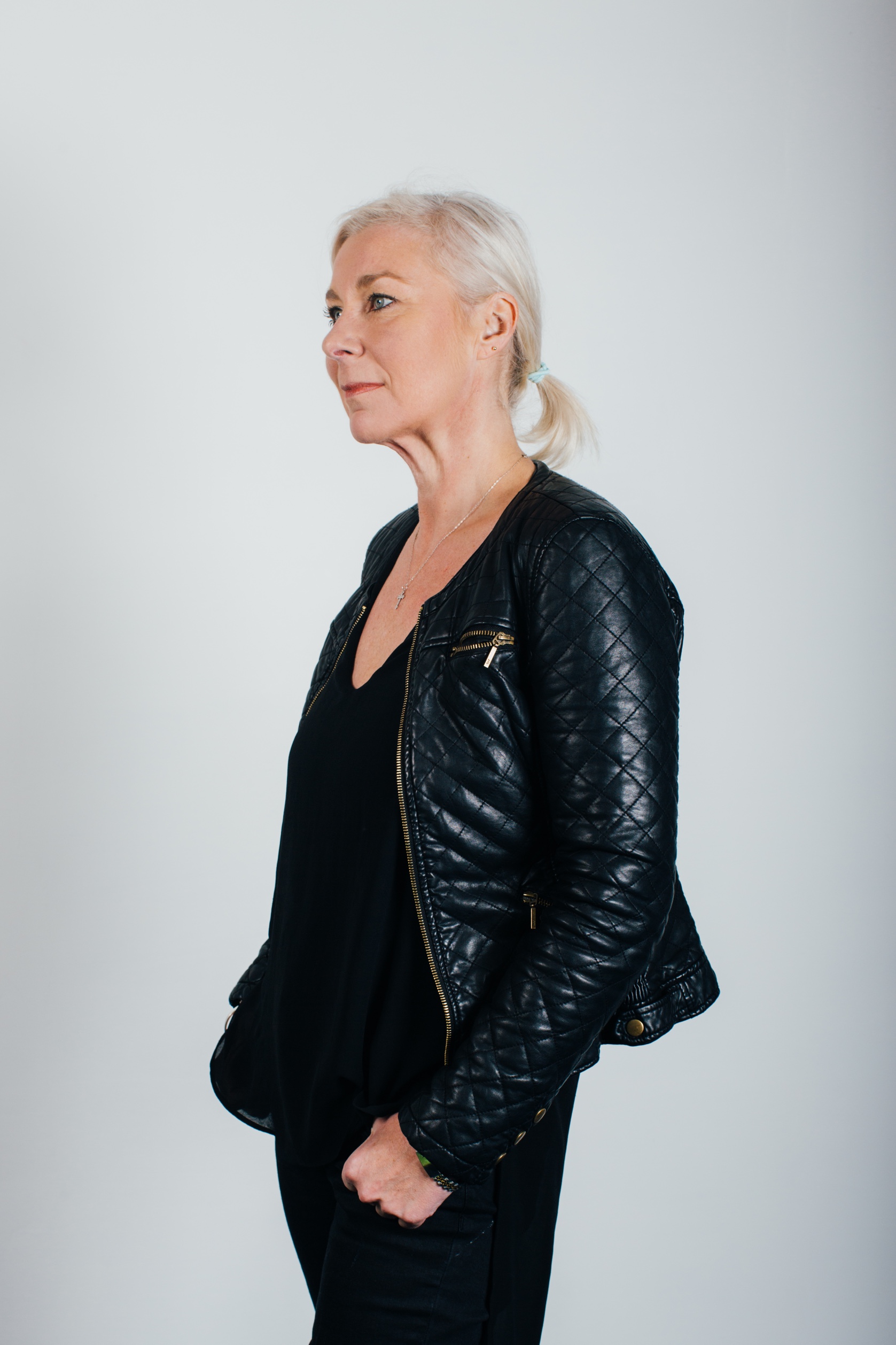 I'm Sarah Blackwell, and for the last 30 years, I've been working with children in the outdoors. I've made it my mission to to help children establish and grow in confidence, self-esteem and emotional awareness through activity in the outdoors. I started Get Children Outdoors to inspire families, teachers and policy makers. Look around this site and you’ll find a load of fun ideas and activities to try out with your kids in the outdoors.